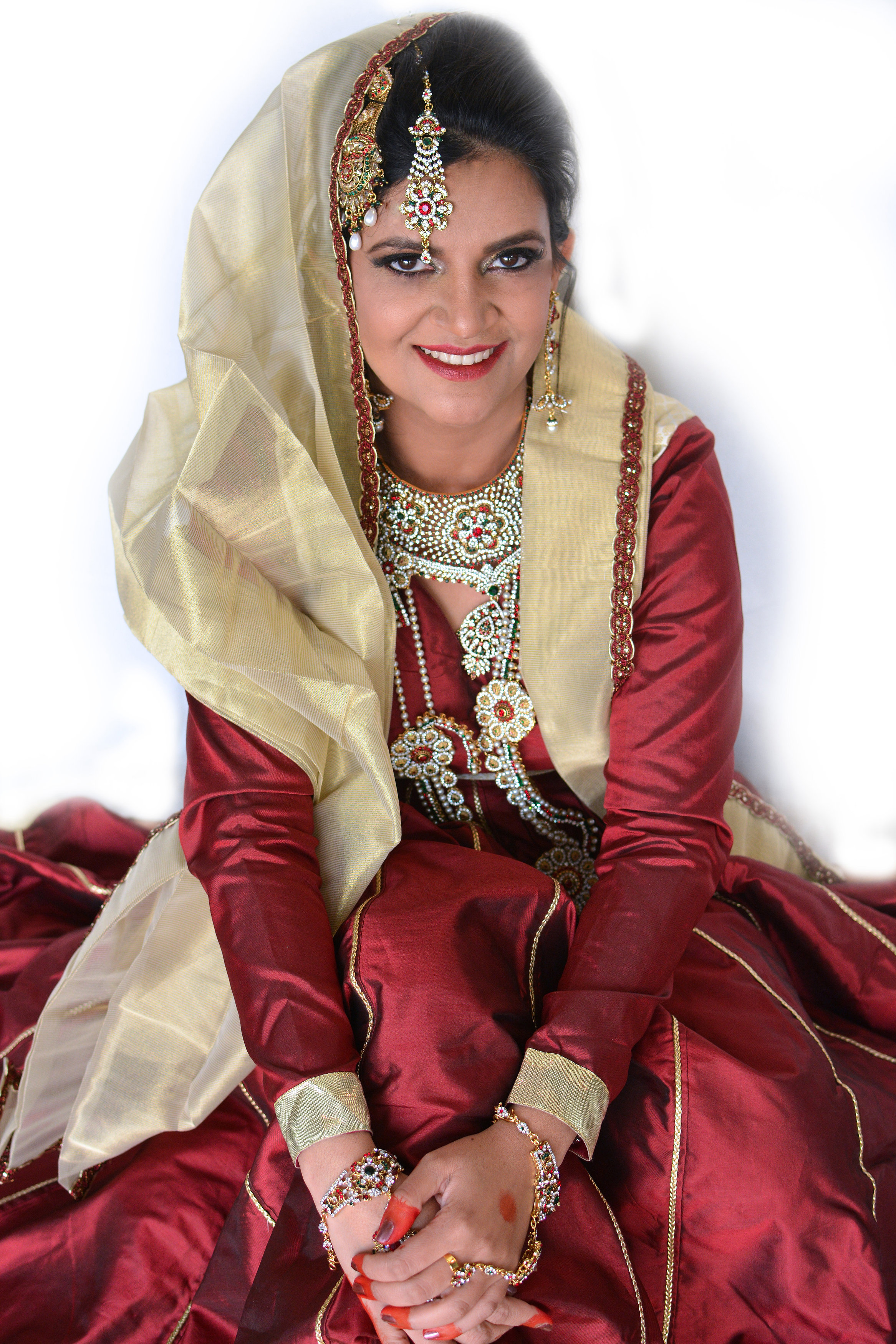 Ruchi Lamba is an Indian dance teacher from Sydney, Australia who has been settled in California for the last 11 years. She started learning Kathak at the age of 4 in Bombay, India and continued learning from Smt Shakuntala Nair in Sydney. She also learnt Kuchipudi from from Shri Raghavan Nair, and she studied Jazz and Hip-Hop with the Sydney Dance Company in Australia. She was one of the main dancers in Australia’s Indian Dance Center and also taught Kathak at the Kalabharati School of Dance in Sydney.

Before teaching dance in California, Ruchi lived in London where she also taught Bollywood and Kathak dance. She runs a dance school in Tustin called the Indian Dance Center (formerly known as Monsoon Dance Academy) and teaches Kathak and Bollywood.

In 2014, she was chosen to be a judge at the Neema Saree Dance Competition. Her Kathak students performed the opening ceremony “Ganesh Vandana” for the same competition in April 2015.

In February 2015, Ruchi brought her dance guru in Australia’s official dance-drama “Ramayan” to the USA for the first time and received rave reviews in the Indian media for the show. She formally changed the name of of her dance school from Monsoon Dance Academy to Indian Dance Center (IDC) as a tribute to her dance teachers in Australia – where IDC is a household name.

I love India Dance Center for my daughter! I had originally signed her up to keep her focused and busy…And I am so glad I did. There is no place like it around here that I am aware of. I chose the Dance Academy because I knew my daughter would be taught the proper kathak techniques. She has learned so much in the year she has been with the Academy, and has formed a love for kathak that I never knew a 6yr old could!

A special thanks to her very talented and loving teacher Mrs Ruchi. She uses reinforcement without overdoing praise and she corrects children with confidence and care. I couldn’t ask for a more perfect school/teacher. The Dance Academy is helping to instill a sense of love for this beautiful Indian classical  art in my daughter, and for that I am incredibly thankful.

Indian classical dance is an art form which requires lots of discipline and repetitions to get it right. With bollywood dance classes for kids in demand, getting kids to like and appreciate classical dance has become very difficult. Also there are very few classical dance teachers who can inculcate, develop and preserve the interest of this art form in kids nowadays. When my 7 year old daughter asked to join Kathak class I was very skeptical as I was expecting her to not enjoy it much and give it up soon. But to my surprise, Ruchi seemed to have sparked an interest in my daughter for this beautiful dance form.

When we joined Ruchi’s Kathak class, the other students already had some understanding of Kathak basics. I thought my girl would get frustrated and would feel left behind but she has never complained and in fact she’s always excited and looks forward to her Kathak classes.

Ruchi is a great teacher and my daughter loves her a lot. She is very gentle and patient with the kids and takes time in explaining each step and it’s meaning. She teaches with love. She is genuinely a very kind, patient, calm and graceful person which makes her an amazing teacher.

So far I’ve attended just one of her annual recitals and I was also backstage before the show started. I was absolutely impressed with the planning and execution of each and every detail.  The costumes, jewelry and all accessories were beautiful. The show went so smooth without any major chaos or screaming backstage. Ruchi was so calm and confident throughout the show, it’s so impressive. The kids danced really well and Ruchi too gave a beautiful performance.

I came to know of Ruchi’s Kathak class from a friend and am so happy that my daughter has joined her class. She’s excited to start the new session of Kathak class and I’m already looking forward to the next annual recital.

Ruchi Lamba…….reminds me of the following:

Life isn’t about waiting for the storm to pass, it’s about learning to dance in the rain.

Her tenacity and uplifting persona is very contagious and this infuses a very warm, friendly and fun spirit in the Adult Bollywood Dance classes that I have been a part of for past six years.

I particularly enjoy the blend of classical routines with some of the more trendy Bollywood ones that Ruchi incorporates into her choreography.

I am glad to have been a part the Indian Dance center and to have known Ruchi Lamba……..And if there is music we dance!

My daughter, 5 years, loves learning this beautiful dance form of Kathak from Ruchi. Grateful to have found such a genuine person, kathak dancer and teacher. Her passion to her craft is inspirational. Her attention to detail in each and every thing she does is commendable! Thank you!!

Of all the programs that Babu Patel of Tisha Entertainment and Rashmi Shah of The Shah Foundation has brought to the USA in the last 30 years, their collaboration with The Indian Dance Center must be among their very best…..

Ruchi Lamba’s solo dance was a classical Kathak piece …it was a delight to watch her bring the character alive through her expressions, while showcasing her Kathak training in her footwork and her spins.

I have been a student of Ruchi Lamba learning Bollywood dance from her since the time she started teaching dance in Orange County 6-7 years ago. She runs her dance school with immense passion and that is reflected in the zeal she exhibits when she conducts her classes. I look forward to my Sunday evening classes once the session is on and would definitely recommend India Dance Center and Ruchi Lamba if you or your child needs Kathak training or Bollywood lessons.

Ruchi Lamba is an expert choreographer for Bollywood songs and makes sure that ladies with all levels of skill and agility are able to perform to their fullest.  She makes dancing fun and enjoyable.  I look forward to the dance classes each week for fun, exercise and social interaction….and of course, to learn to dance to popular songs.

My daughter has been taking dance lessons with Ruchi for about two years. Ruchi not only provides the technical knowledge and expertise for the girls to learn this beautiful dance form but she does it in such a caring and supportive atmosphere that my daughter loves to come to class.

The annual dance recital gives the girls an opportunity to show what they have learned all year. It is done in such a fun and inspiring way that everyone in the audience is as excited as the girls on the stage. To me this is a testament to the type of atmosphere that Ruchi has created.

It’s important for us to pass on our cultural heritage to our children and we are very happy that our daughter has found such a wonderful teacher that can do this in such an inspiring way. I would highly recommend Ruchi as a teacher. 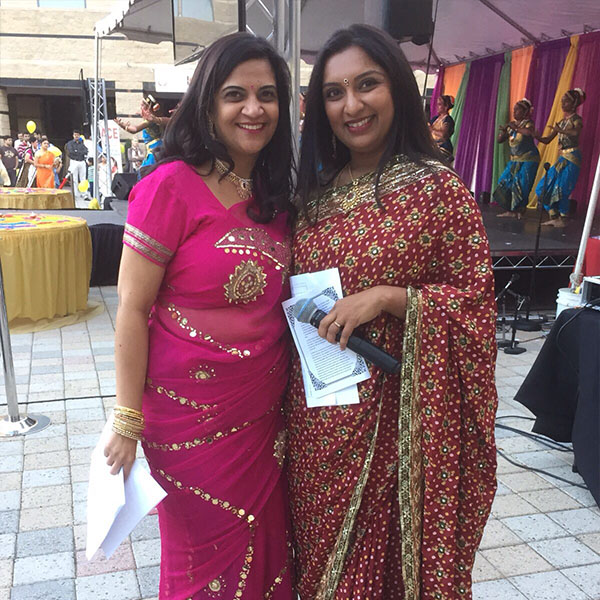 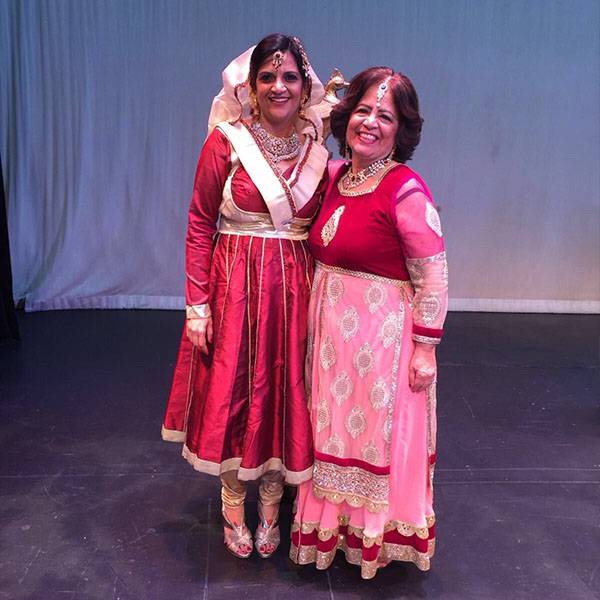 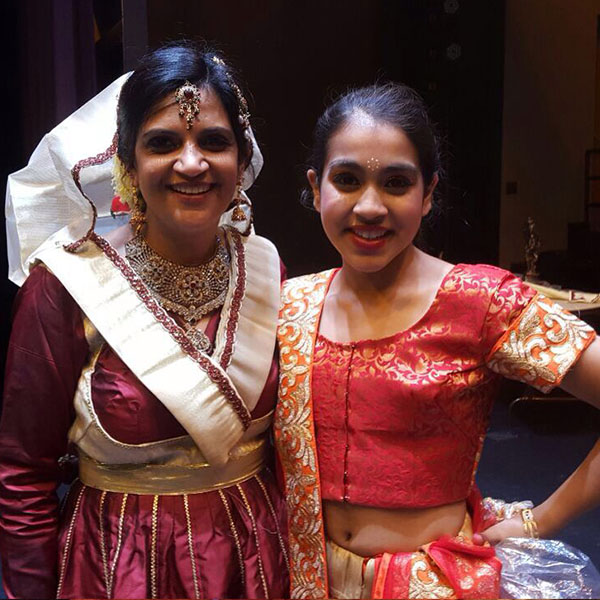 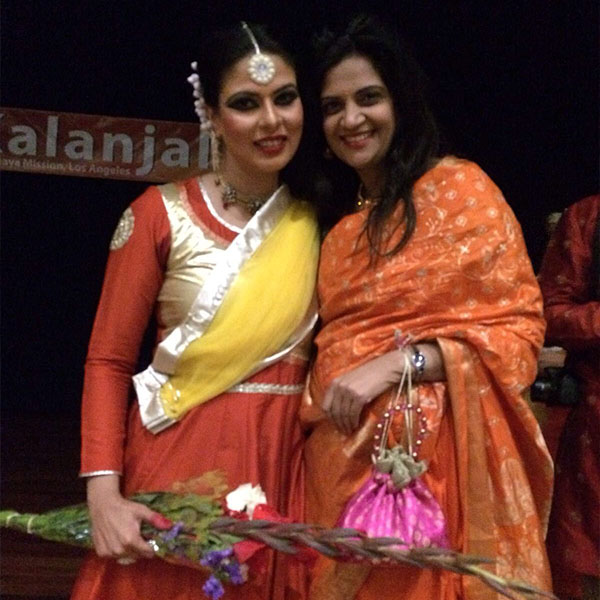 We look forward to connecting with you via our newsletter, on facebook and in person at the studio in our Kathak and Bollywood Dance Classes. Please reach out to us with any questions or comments you may have.

Get the Latest News 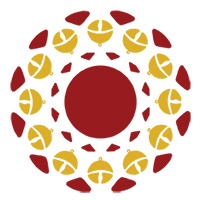 Learn about new classes and events by signing up to receive occasional newsletters from IDTC.